Showing posts from June, 2020
Show All

Impact Of IoT In IT And On Business 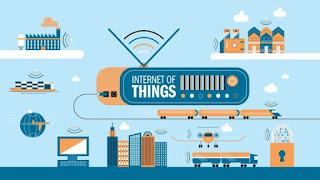 Connectivity is analogous to digital transformations and so is the organization’s success with IoT. According to research by IDC, the total spending IoT is expected to rise to $1.2 trillion by the end of 2022. To top this, Gartner predicts that by 2021, there would be more than 25 billion connected devices.
Now given such huge figures, it would not be wrong to state that the inception of IoT would have an enormous effect across all business verticals, worldwide. Meaning that, for an organization to sustain and grow, they would need to embed and implement IoT within their workforce.  A lot of IoT, right? But what is this IoT?IoT or internet of things is a wide network that encompasses devices, vehicles, appliances and other electrical gadgets, that have been connected through sensors, dedicated software, actuators, etc which draft a connection between them and allow each to communicate, seamlessly.  Now, this definition itself voices the vast opportunity laid by IoT and it’s gamut. The…
Post a comment
Read more
More posts